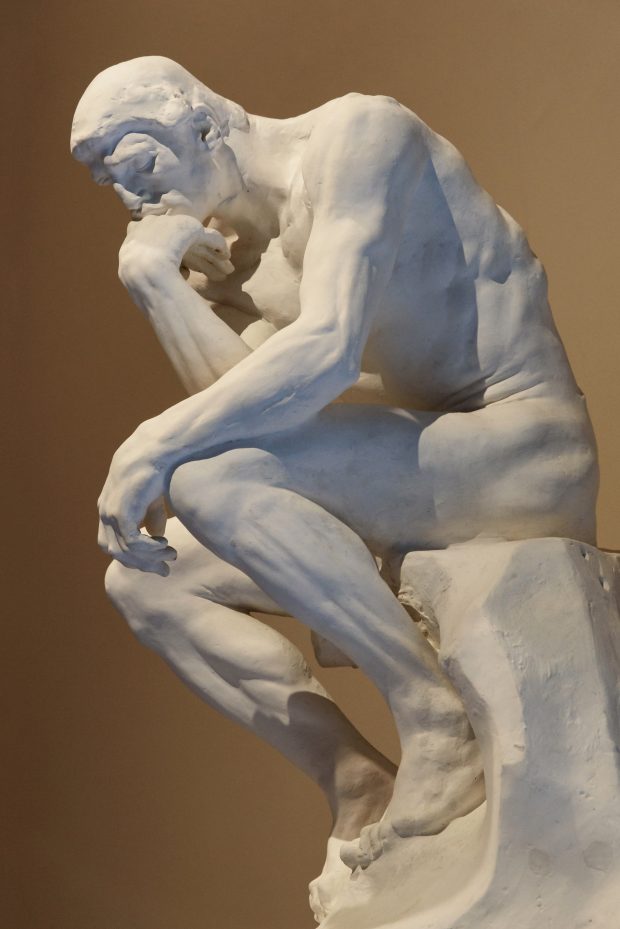 A collection of papers that I found to be literally thought-provoking: making you think new thoughts. To be sure: Making you think is decidedly not the same as an agreement with the substance, and sometimes the correlation goes the other way.

Lauren Scholz, Fiduciary Boilerplate, J. Corp. L. Forthcoming
This time Lauren Scholz. What are we going to do with all the fine print that consumers don’t read?

So there is this messy fact of life that consumers don’t read the fine print, which a lot of folks find troubling (setting aside my own views on its significance). We tried capitalizing text to get them to read, but this DOESN’T WORK

She notes that the market competition for consumer terms can’t work if consumers don’t read, and that consumer consent is too thin. (nudniks, we remember, can offer a partial solution ex-post)

Scholz makes a very bold argument here. She says: firms should be held to be fiduciaries for the consumer. For non consumer law folks, this is like saying the opposing basketball team shouldn’t run so fast.

Scholz says: courts must stop looking at the contract as the sole source of mutual obligations. They should roll up their sleeves and see if the firm exercised discretion in a way consistent with the consumer’s interests given its fiduciary duties in the transaction

Why?
She highlights a number of reasons. One is that in the digital economy, consumers don’t know a whole lot about cyber-security for example. Another is that companies invite a “relationship” (as recently analyzed by Dadush&Becher) through branding and “comforting language” e.g., “We care about your privacy”

Putting skin in the game, she offers a substantive example. Consumer data should often be held in trust, even when the contract excludes that, if “the economic realities of the transactions required that the consumer rely on the company to make decisions”

One spin on Scholz is that, like the duty of good faith, fiduciary duties can serve as a flexible ex-post stopgap, and may be justified under the Henry-Smithian view, which is based on efficiency.

Remember the old ‘from status to contract’ slogan? Matsumura thinks the rumors of status’ death were exaggerated.

Matsumura takes a legal view of status: a bundle of rights&duties that apply to whoever “has” a certain status. Think being married vs. single, employee vs. gig worker, child v. adult, and to some extent physio-typical v. disabled. All come with a legal-rights-preset

We constantly argue about who is an employee, who is married, etc. The debates and the shifting social norms might get you to despair and say: let’s leave everything to contract law. A noble instinct! But Matsumura says not so fast.

Status is a powerful regulatory tool and contract law sort-of recognizes status through a number of mandatory rules.* He believes that status is an inevitable category. So let’s squeeze this lemon! How should we design status? (One is reminded of Ayres on K Menus)

He presents some of the big questions in designing status. What status entails? Who counts as in/out? and, how many statuses to have? (stati? what’s the faux-Latin norm?) If we have: single, engaged, married, super-married, etc., at some point, you run into issues

In my Payday paper, I was puzzling over why the law would attach the status of a salaried employee to people who receive non-daily pay. Doesn’t that encourage employers to pay less frequently? Why do we want that? But status may offer a partial answer.

You can’t have status w/o such side-effects. That’s a necessary consequence of lumping rights/duties together. Thinking along the margin–wouldn’t it be better to erase this rule or that distinction–might erode the status itself.

So, many things to think about, especially pertinent to work law, gig economy, and family law, but also to bigger Qs of legal design.

How should family law solve the problem of property allocation between cohabitants? Stolzenberg says that family law has a binary disposition, either you are spouses and you get to share the title in the property, or you aren’t (modulo nuance).

Family law “feels” that any deviation from this standard is a redistribution that requires some strong justification. It proves hard to think about allocation within this paradigm, and she argues that family law is captive to a rigid form of title.

Here’s the nice part. She observes that private law has a softer model for thinking about entitlements when people are not at arm’s length, what she calls “intimacy.” Key example: neighbors.

(Bonus: she cites Sartre’s No Exit for the proposition that intimacy, even forced, may create some duties of civility)